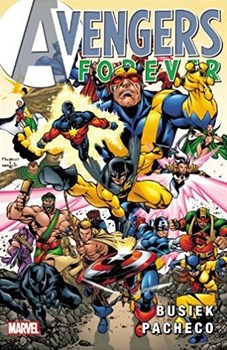 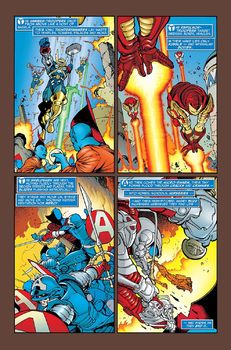 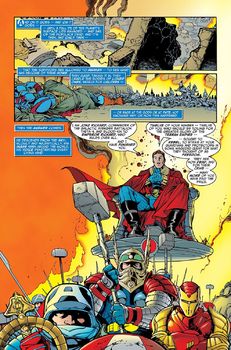 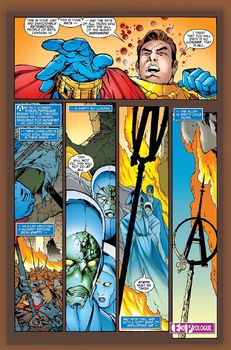 Pages: 296
1st printing.
Collects Avengers Forever (1998) # 1-12. Written by KURT BUSIEK and ROGER STERN. Art and cover by CARLOS PACHECO. Heroes out of time! Through the years, the Avengers have fought myriad villains and monsters, protecting Earth and her inhabitants from harm. No matter the odds, no matter the sacrifice, Earth's Mightiest Heroes have always found a way to reach victory. Now, they face a different kind of menace. A menace so great, it has made allies out of sworn enemies. This seemingly unconqerable enemy is ... the future! Seven time-lost Avengers - plucked from the past, present and future - must protect longtime ally Rick Jones from death at the hands of Immortus, Master of Time. To find out why Rick Jones has been targeted for elimination, the Avengers join forces with Kang the Conqueror, one of the team's deadliest, most implacable foes - and the ancient Immortus 'younger self, as well - in a cosmic battle that stretches from the Old West to the End of Time. And as they do so, they discover that they're fighting not just for one life, but for the very destiny of mankind, against a greater foe than they could possibly imagine. 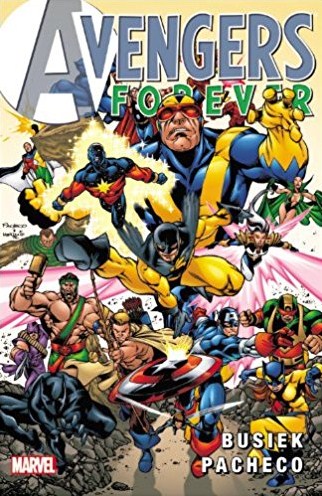 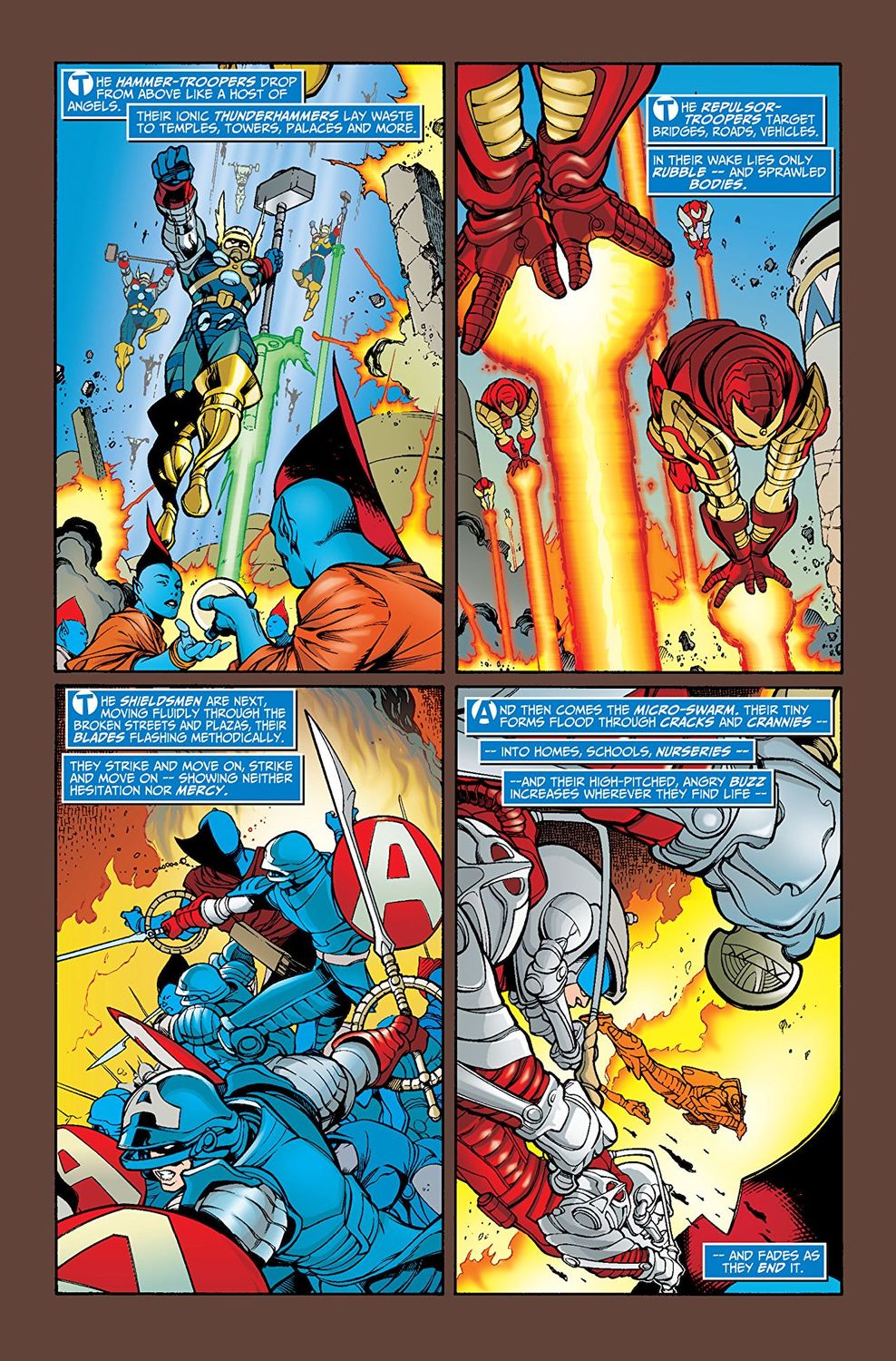 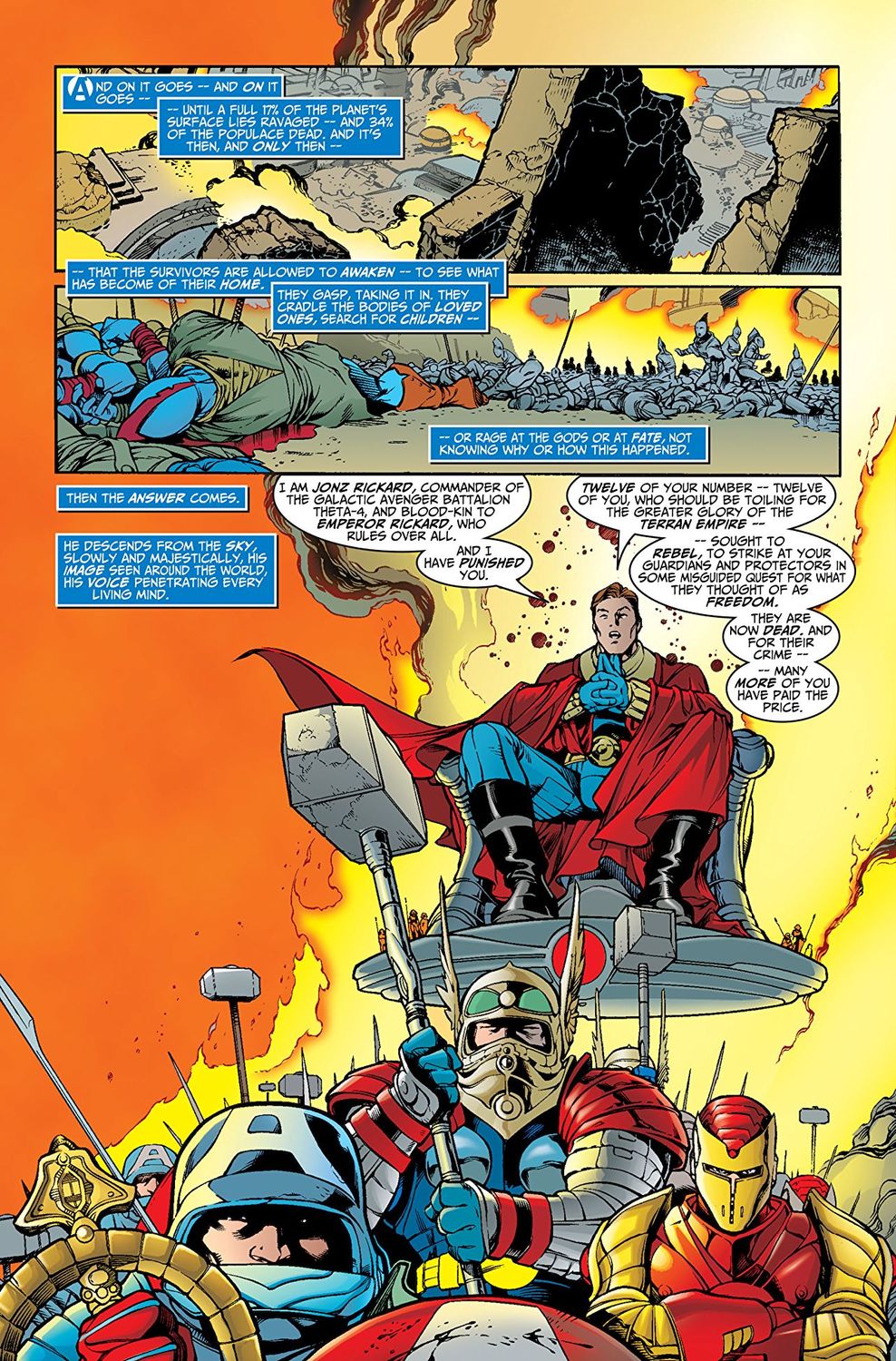 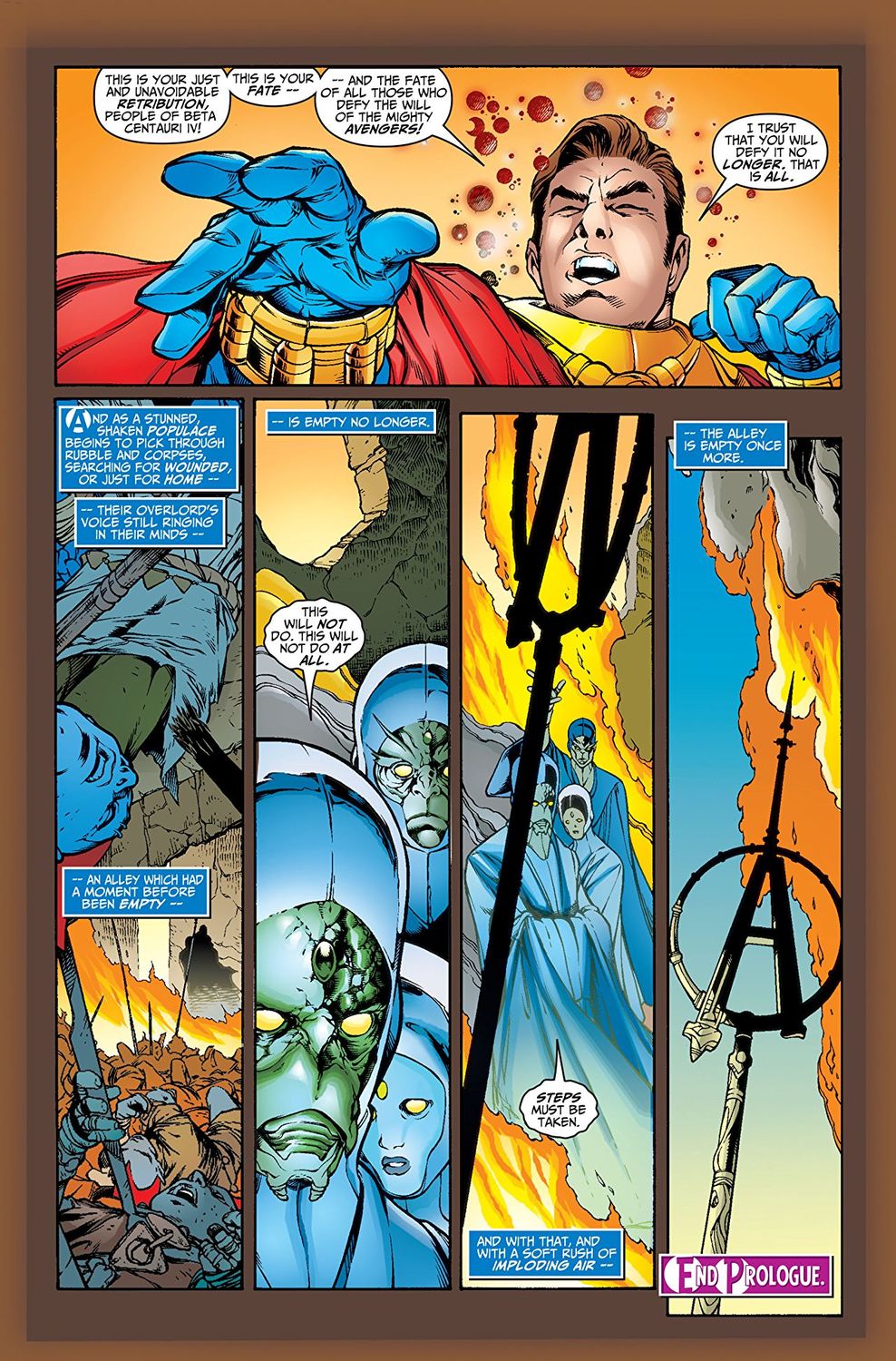