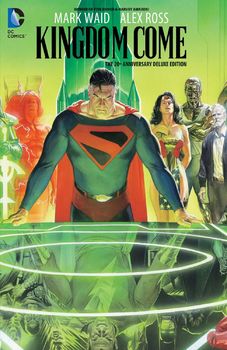 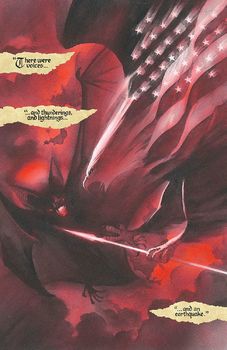 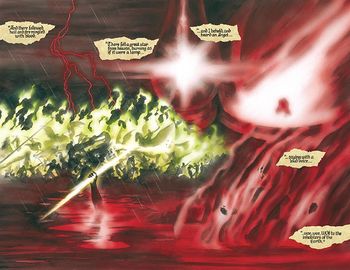 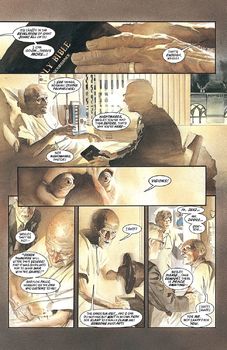 Pages: 340
20th Anniversary Deluxe Edition - 1st printing. Collects Kingdom Come (1996) # 1-4. Written by Mark Waid. Art by Alex Ross. Winner of five Eisner and Harvey Awards, KINGDOM COME is the best-selling graphic novel from acclaimed writer Mark Waid and superstar painter Alex Ross. This new 20th Anniversary edition features sketch material and more that provides insight into this rich world. Set in the not-so-distant future, the DC Universe is spinning inexorably out of control. The new generation of heroes has lost their moral compass, becoming as reckless and violent as the villains they fight. The previous regime of heroes-the Justice League-returns under the most dire of circumstances, which sets up a battle of the old guard against these uncompromising protectors in a battle that will define what heroism truly is. 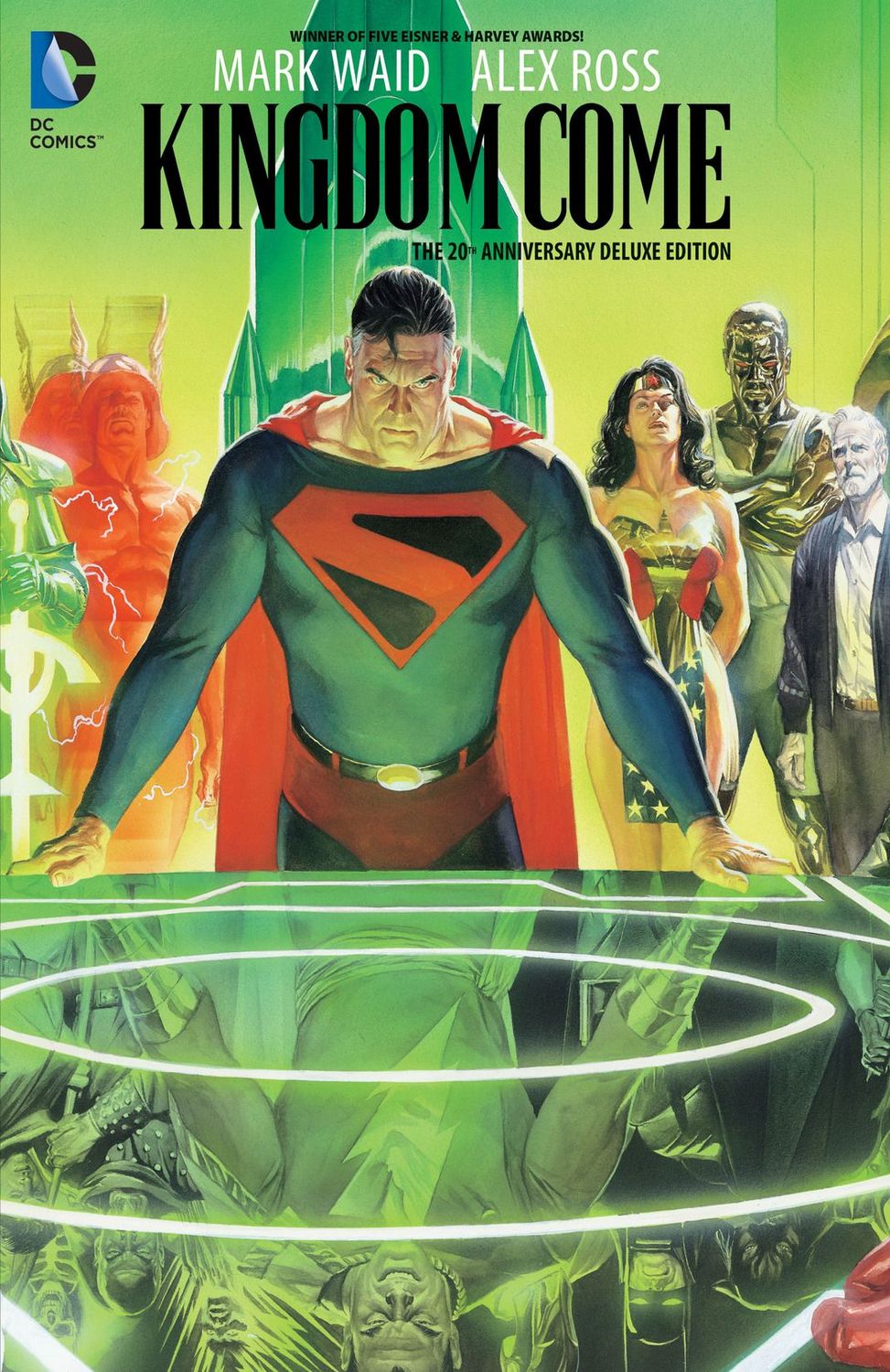 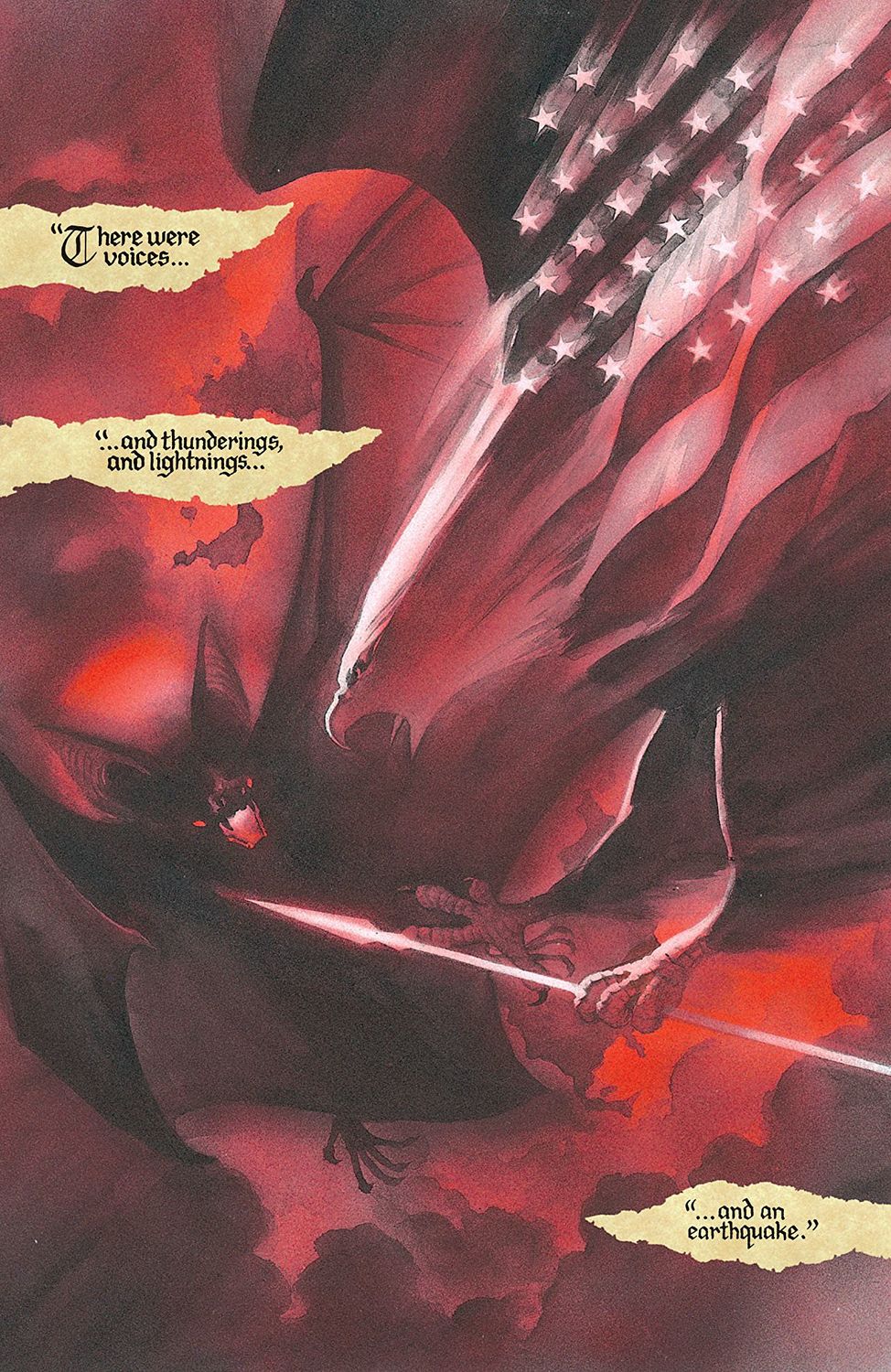 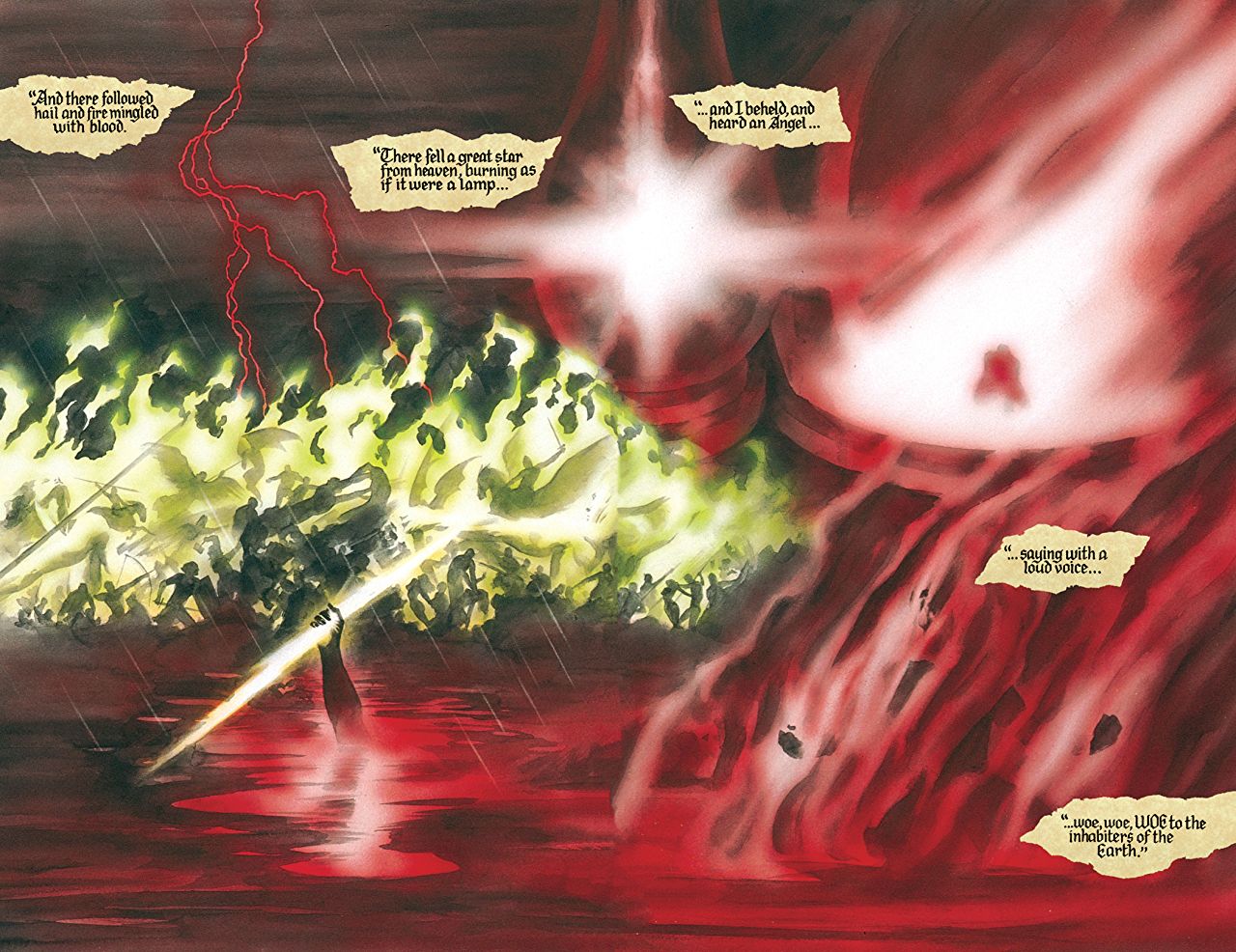 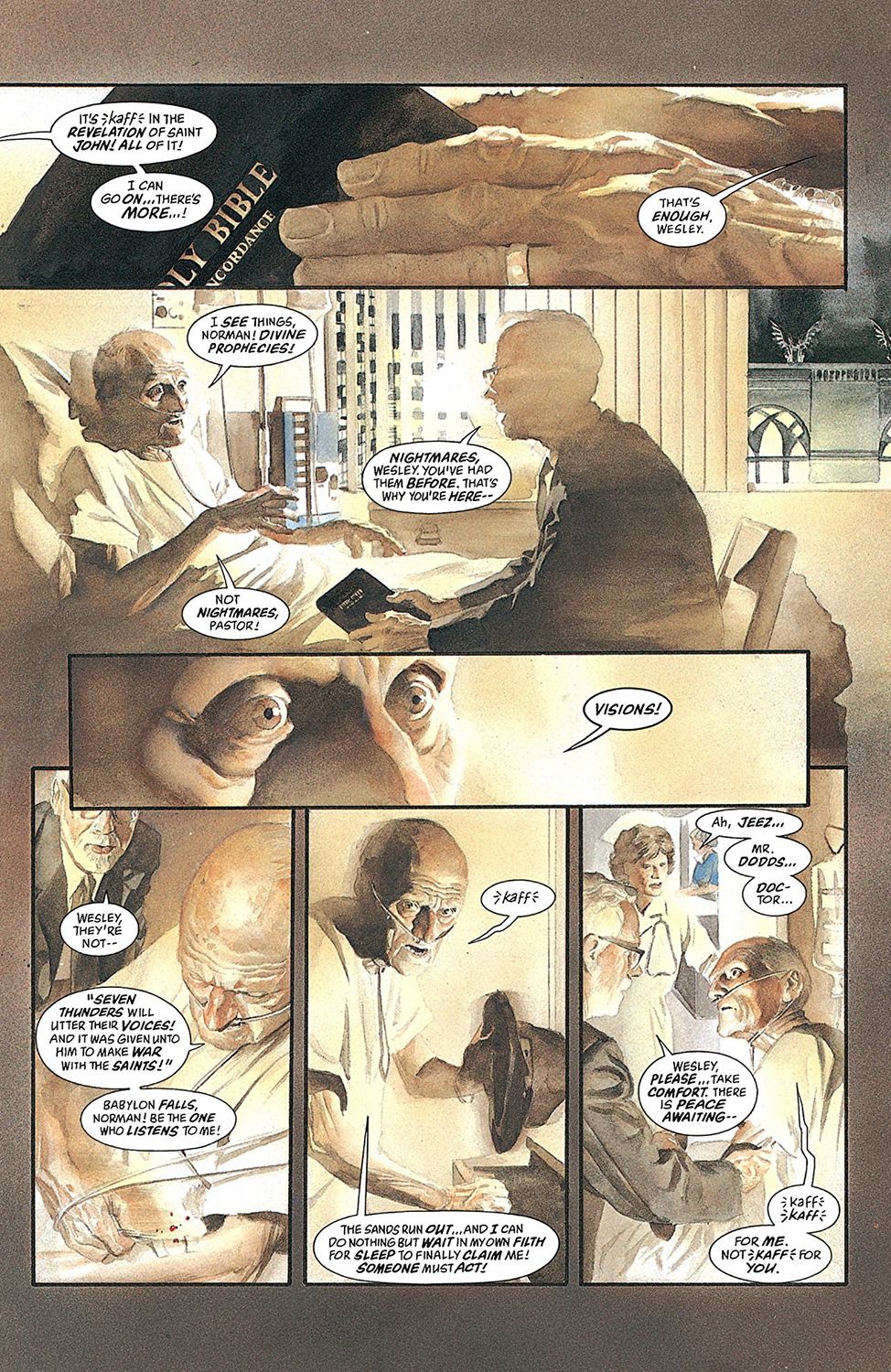