Pages: 28
Written by Jim Zub. Art by Troy Little. Cover by Jim Zub. 'You thought you could escape?! Think again! Rick and Morty Forever! A new mini-series issues of D&D with Rick and Morty! Dual-classing Rick and Morty to Level 50! Milking Owlbears with- *ahem* Once upon a game, Rick, Morty and the Smith family went on magical D&D adventures…now, magical D&D adventures are coming to Earth, and no one will survive the Painscape! The world's greatest role-playing game returns to plague the world's most dysfunctional animated family and this time, we can't just rest on brand name recognition and curiosity to fuel your interest, Morty, because no one gives a d-d-damn about sequels unless they're really good, so no pressure, you f***ing hacks! Fan favorite dice dependent Jim Zub (Samurai Jack, Savage Sword of Conan) re-teams up with Eisner-nominated cartoonist +5 Troy Little (Fear and Loathing in Las Vegas, The Powerpuff Girls) to destroy [adult swim's] pop culture juggernaut and the best-selling role-playing game that once used the term 'THAC0.'' 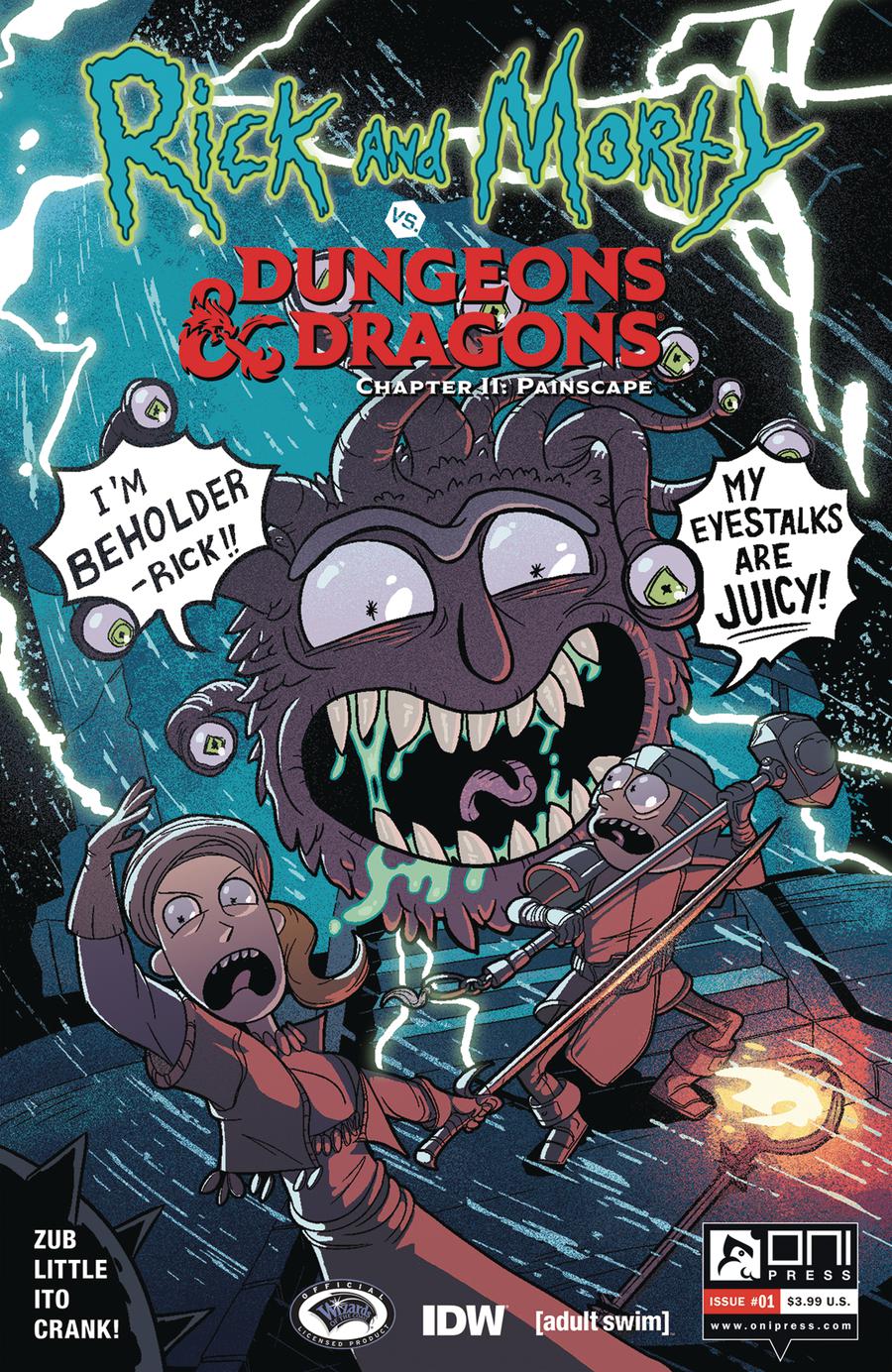