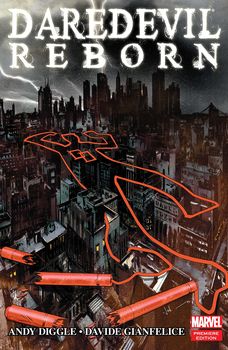 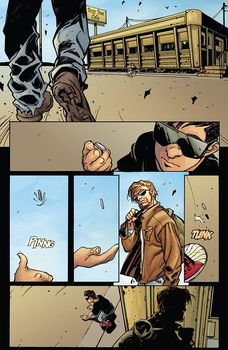 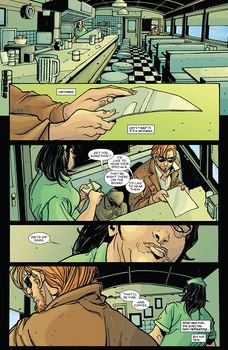 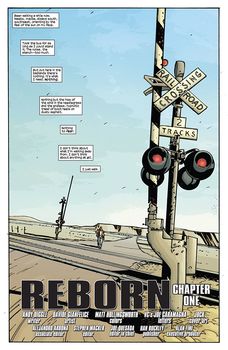 Pages: 112
Collects Daredevil: Reborn (2011 Marvel) # 1-4. Written by Andy Diggle. Art by Davide Gianfelice. Cover by Jock. Can Matt Murdock deny the hero within? After SHADOWLAND, Matt left New York, turned his back on his life as Daredevil, and hopped a cross-country bus hoping to forget the bloodshed and betrayal he presided over as leader of the Hand. But when he finds himself in a small desert town that does not take kindly to outsiders, he quickly realizes there's a reason behind the locals 'enmity. Corruption has spread though the townsfolk and to the highest levels of law enforcement - and when the sheriff learns of Matt's past as a super hero, he aims to eliminate the threat altogether. With his life on the line and innocent citizens in need of a hero, Matt Murdock will face his legacy as Daredevil and decide once and for all whether to be a hero, or else abandon his life as a crime-fighter and start anew. 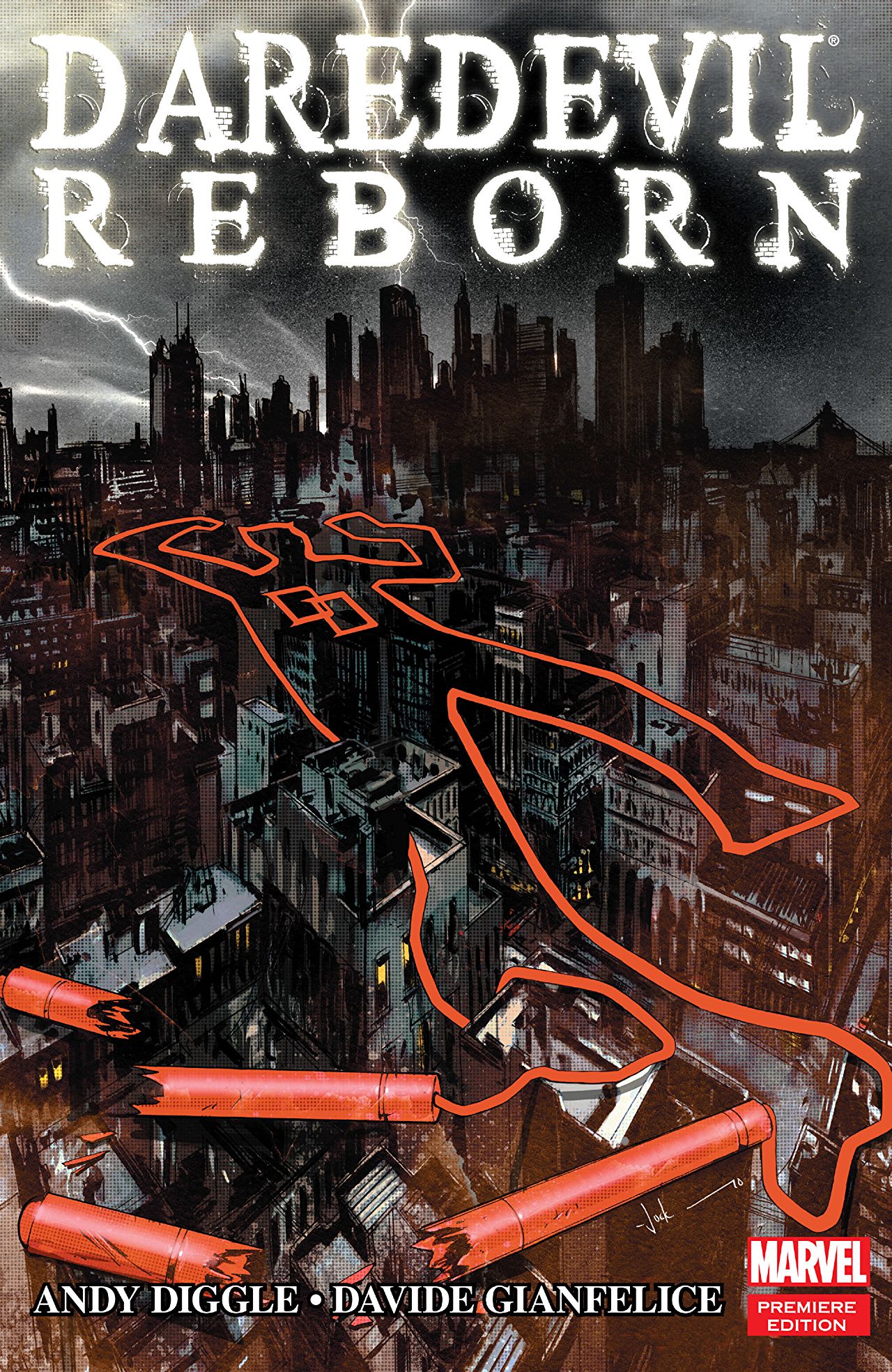 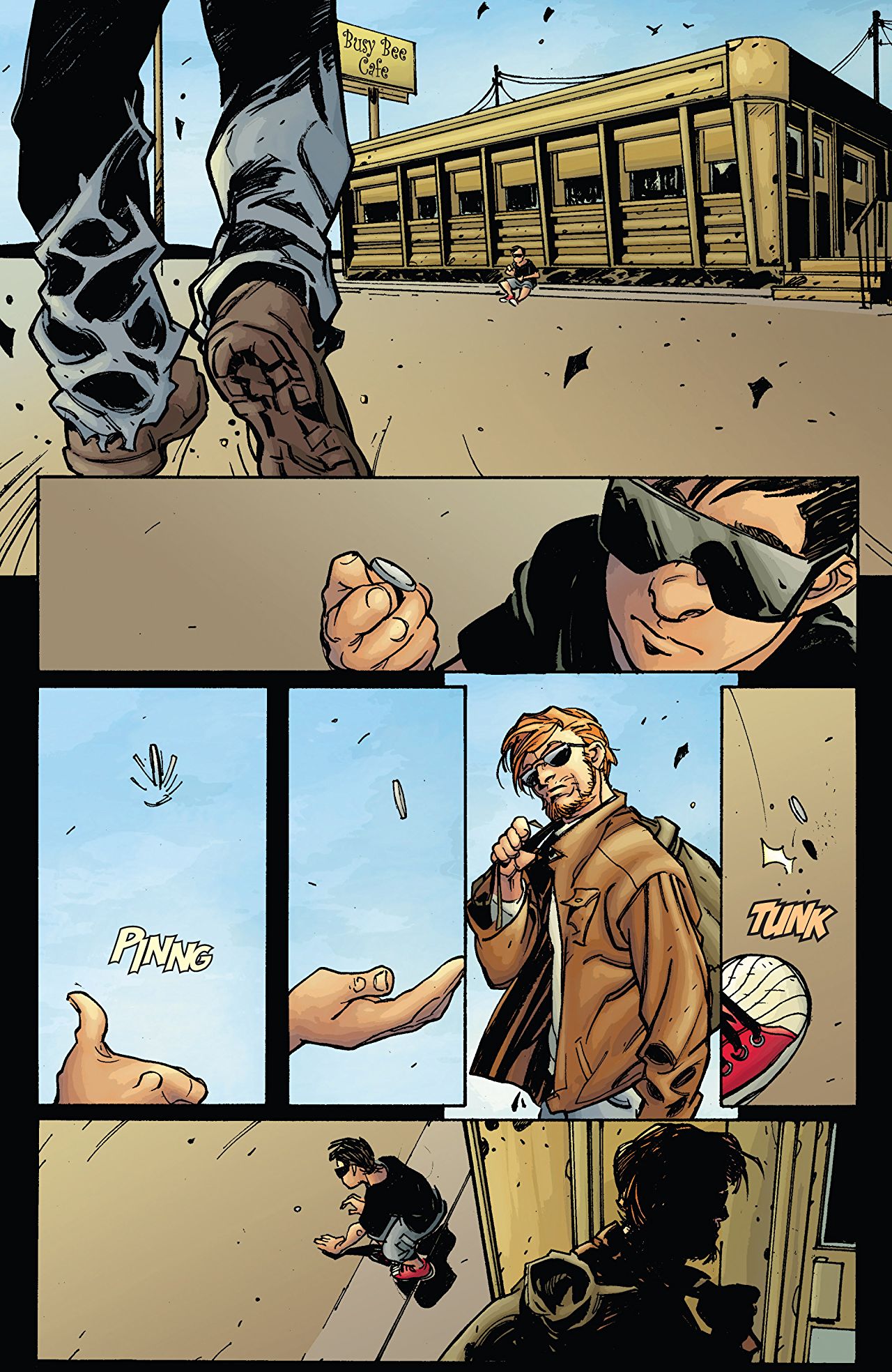 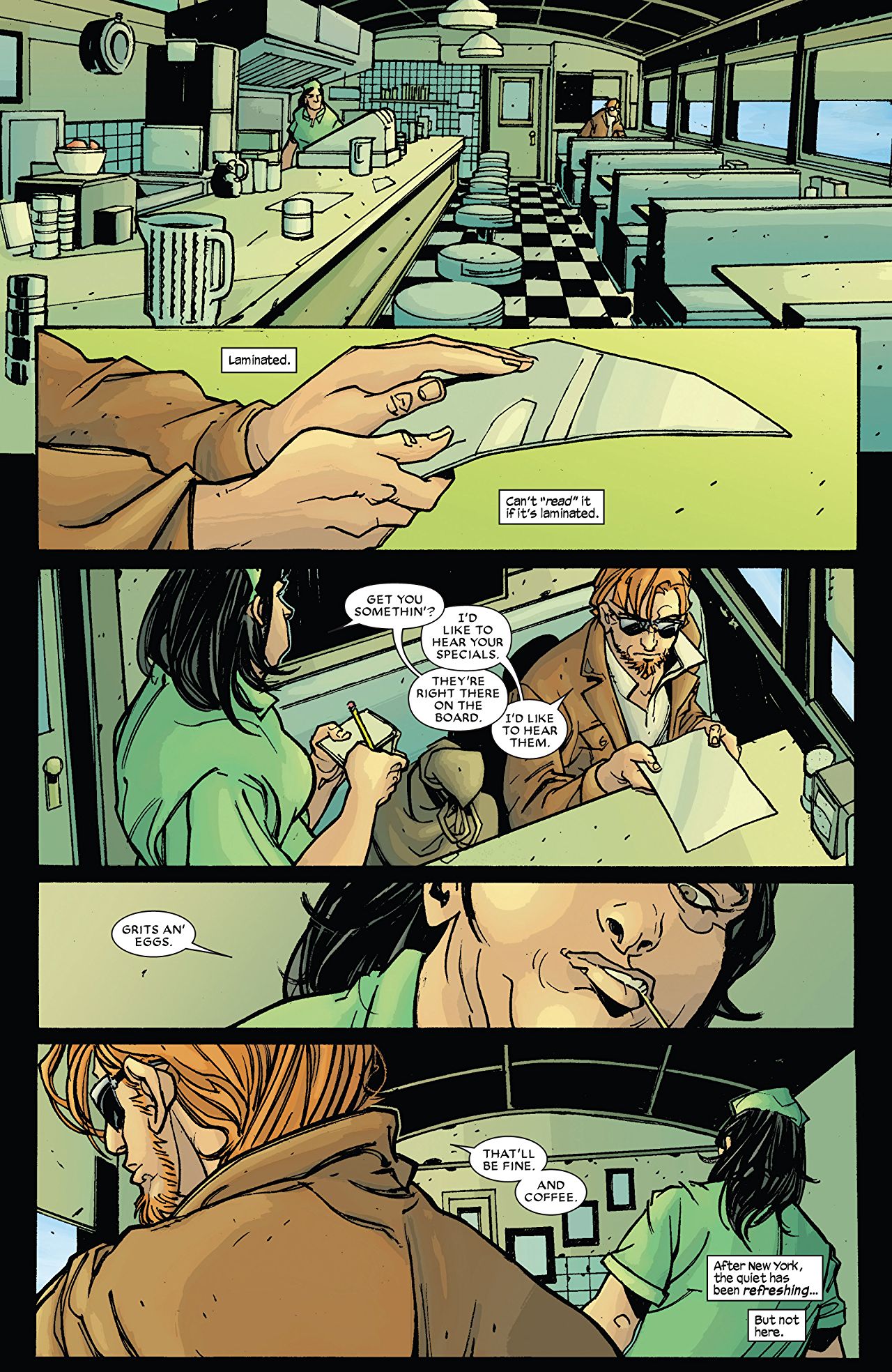 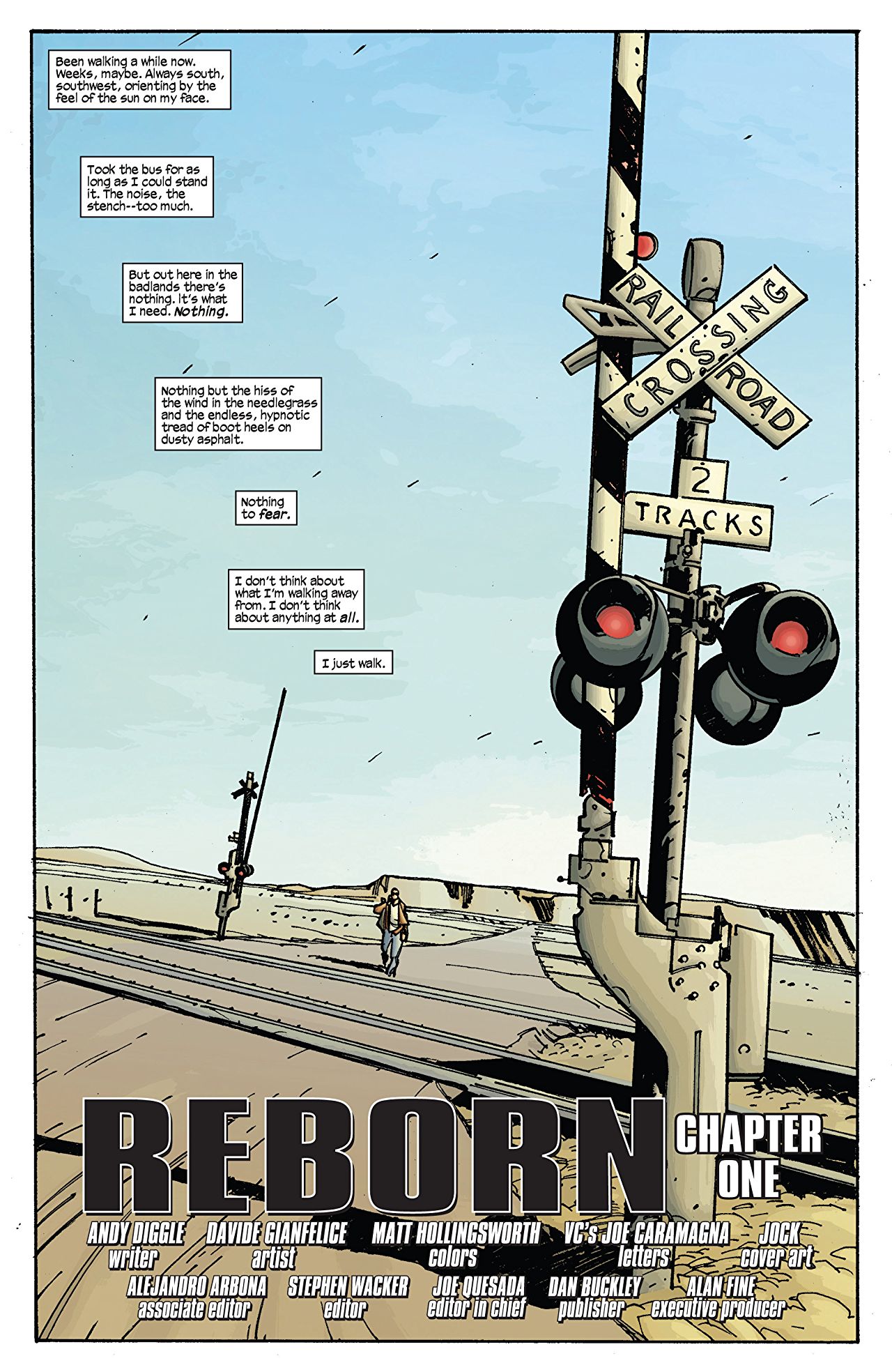